Convention on the Recognition and Enforcement of Foreign Arbitral Awards (New York, 1958)

2. The term “arbitral awards” shall include not only awards made by arbitrators appointed for each case but also those made by permanent arbitral bodies to which the parties have submitted.

3. When signing, ratifying or acceding to this Convention, or notifying extension under article X hereof, any State may on the basis of reciprocity declare that it will apply the Convention to the recognition and enforcement of awards made only in the territory of another Contracting State. It may also declare that it will apply the Convention only to differences arising out of legal relationships, whether contractual or not, which are considered as commercial under the national law of the State making such declaration.

1. Each Contracting State shall recognize an agreement in writing under which the parties undertake to submit to arbitration all or any differences which have arisen or which may arise between them in respect of a defined legal relationship, whether contractual or not, concerning a subject matter capable of settlement by arbitration.

2. The term “agreement in writing” shall include an arbitral clause in a contract or an arbitration agreement, signed by the parties or contained in an exchange of letters or telegrams.

3. The court of a Contracting State, when seized of an action in a matter in respect of which the parties have made an agreement within the meaning of this article, shall, at the request of one of the parties, refer the parties to arbitration, unless it finds that the said agreement is null and void, inoperative or incapable of being performed.

Each Contracting State shall recognize arbitral awards as binding and enforce them in accordance with the rules of procedure of the territory where the award is relied upon, under the conditions laid down in the following articles. There shall not be imposed substantially more onerous conditions or higher fees or charges on the recognition or enforcement of arbitral awards to which this Convention applies than are imposed on the recognition or enforcement of domestic arbitral awards.

(a) The duly authenticated original award or a duly certified copy thereof;

(b) The original agreement referred to in article II or a duly certified copy thereof.

2. If the said award or agreement is not made in an official language of the country in which the award is relied upon, the party applying for the recognition and enforcement of the award shall produce a translation of these documents into such language. The translation shall be certified by an official or sworn translator or by a diplomatic or consular agent.

(a) The parties to the agreement referred to in article II were, under the law applicable to them, under some incapacity, or the said agreement is not valid under the law to which the parties have subjected it or, failing any indication thereon, under the law of the country where the award was made; or
(b) The party against whom the award is invoked was not given proper notice of the appointment of the arbitrator or of the arbitration proceedings or was otherwise unable to present his case; or
(c) The award deals with a difference not contemplated by or not falling within the terms of the submission to arbitration, or it contains decisions on matters beyond the scope of the submission to arbitration, provided that, if the decisions on matters submitted to arbitration can be separated from those not so submitted, that part of the award which contains decisions on matters submitted to arbitration may be recognized and enforced; or
(d) The composition of the arbitral authority or the arbitral procedure was not in accordance with the agreement of the parties, or, failing such agreement, was not in accordance with the law of the country where the arbitration took place; or
(e) The award has not yet become binding on the parties, or has been set aside or suspended by a competent authority of the country in which, or under the law of which, that award was made.

(a) The subject matter of the difference is not capable of settlement by arbitration under the law of that country; or
(b) The recognition or enforcement of the award would be contrary to the public policy of that country.

1. The provisions of the present Convention shall not affect the validity of multilateral or bilateral agreements concerning the recognition and enforcement of arbitral awards entered into by the Contracting States nor deprive any interested party of any right he may have to avail himself of an arbitral award in the manner and to the extent allowed by the law or the treatie of the country where such award is sought to be relied upon.

2. The Geneva Protocol on Arbitration Clauses of 1923 and the Geneva Convention on the Execution of Foreign Arbitral Awards of 1927 shall cease to have effect between Contracting States on their becoming bound and to the extent that they become bound, by this Convention.

2. This Convention shall be ratified and the instrument of ratification shall be deposited with the Secretary-General of the United Nations.

1. This Convention shall be open for accession to all States referred to in article VIII.

2. Accession shall be effected by the deposit of an instrument of accession with the Secretary-General of the United Nations.

1. Any State may, at the time of signature, ratification or accession, declare that this Convention shall extend to all or any of the territories for the international relations of which it is responsible. Such a declaration shall take effect when the Convention enters into force for the State concerned.

2. At any time thereafter any such extension shall be made by notification addressed to the Secretary-General of the United Nations and shall take effect as from the ninetieth day after the day of receipt by the Secretary-General of the United Nations of this notification, or as from the date of entry into force of the Convention for the State concerned, whichever is the later.

In the case of a federal or non-unitary State, the following provisions shall apply:

(a) With respect to those articles of this Convention that come within the legislative jurisdiction of the federal authority, the obligations of the federal Government shall to this extent be the same as those of Contracting States which are not federal States;

(b) With respect to those articles of this Convention that come within the legislative jurisdiction of constituent states or provinces which are not, under the constitutional system of the federation, bound to take legislative action, the federal Government shall bring such articles with a favorable recommendation to the notice of the appropriate authorities of constituent states or provinces at the earliest possible moment;

(c) A federal State Party to this Convention shall, at the request of any other Contracting State transmitted through the Secretary-General of the United Nations, supply a statement of the law and practice of the federation and its constituent units in regard to any particular provision of this Convention, showing the extent to which effect has been given to that provision by legislative or other action.

1. This Convention shall come into force on the ninetieth day following the date of deposit of the third instrument of ratification or accession.

3. This Convention shall continue to be applicable to arbitral awards in respect of which recognition or enforcement proceedings have been instituted before the denunciation takes effect.

The Secretary-General of the United Nations shall notify the States contemplated in article VIII of the following:

(a) Signatures and ratifications in accordance with article VIII;

(b) Accessions in accordance with article IX;

(c) Declarations and notifications under articles I, X and XI;

(d) The date upon which this Convention enters into force in accordance with article XII;

(e) Denunciations and notifications in accordance with article XIII.

1. This Convention, of which the Chinese, English, French, Russian and Spanish texts shall be equally authentic, shall be deposited in the archives of the United Nations.

2. The Secretary-General of the United Nations shall transmit a certified copy of this Convention to the States contemplated in article VIII. 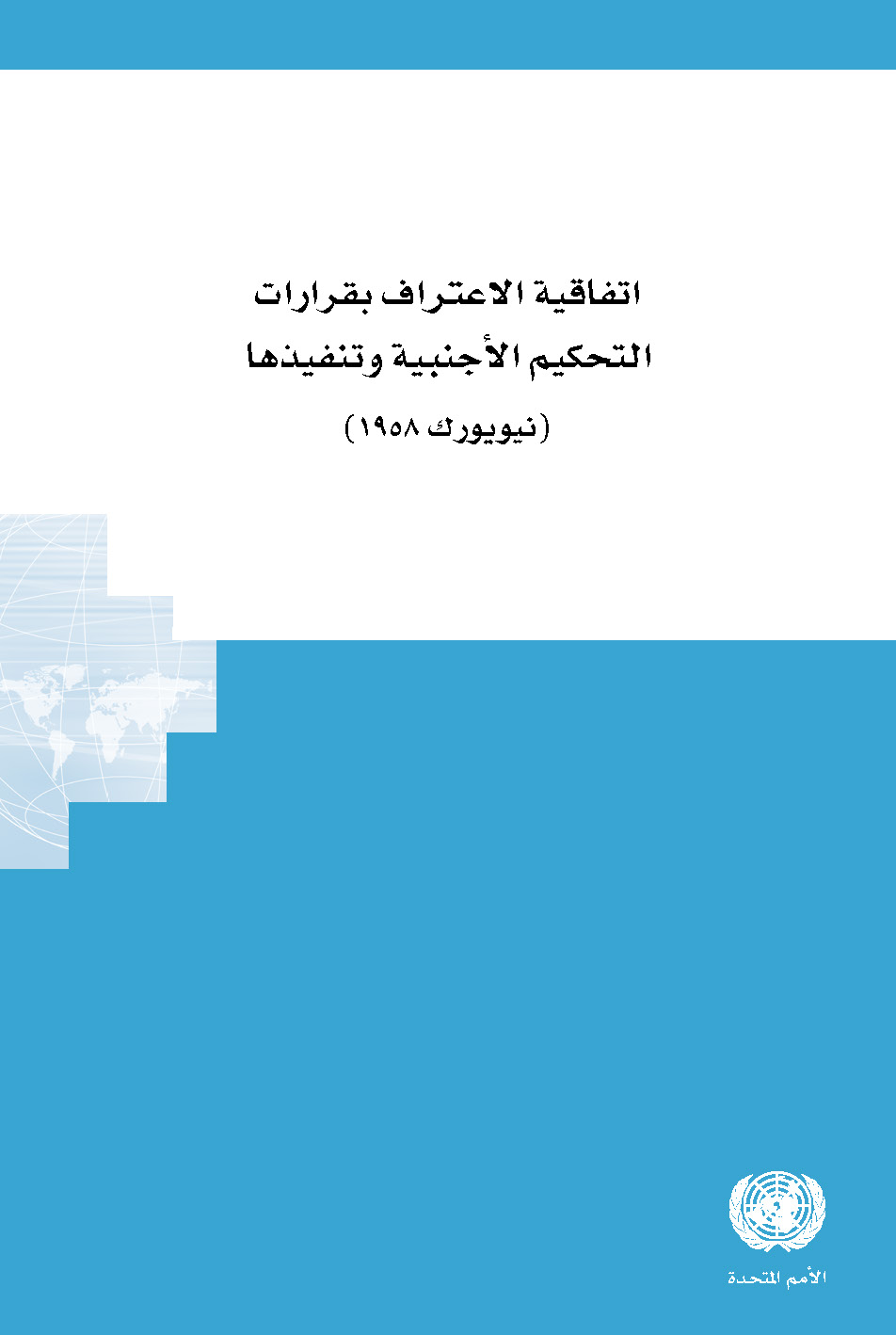 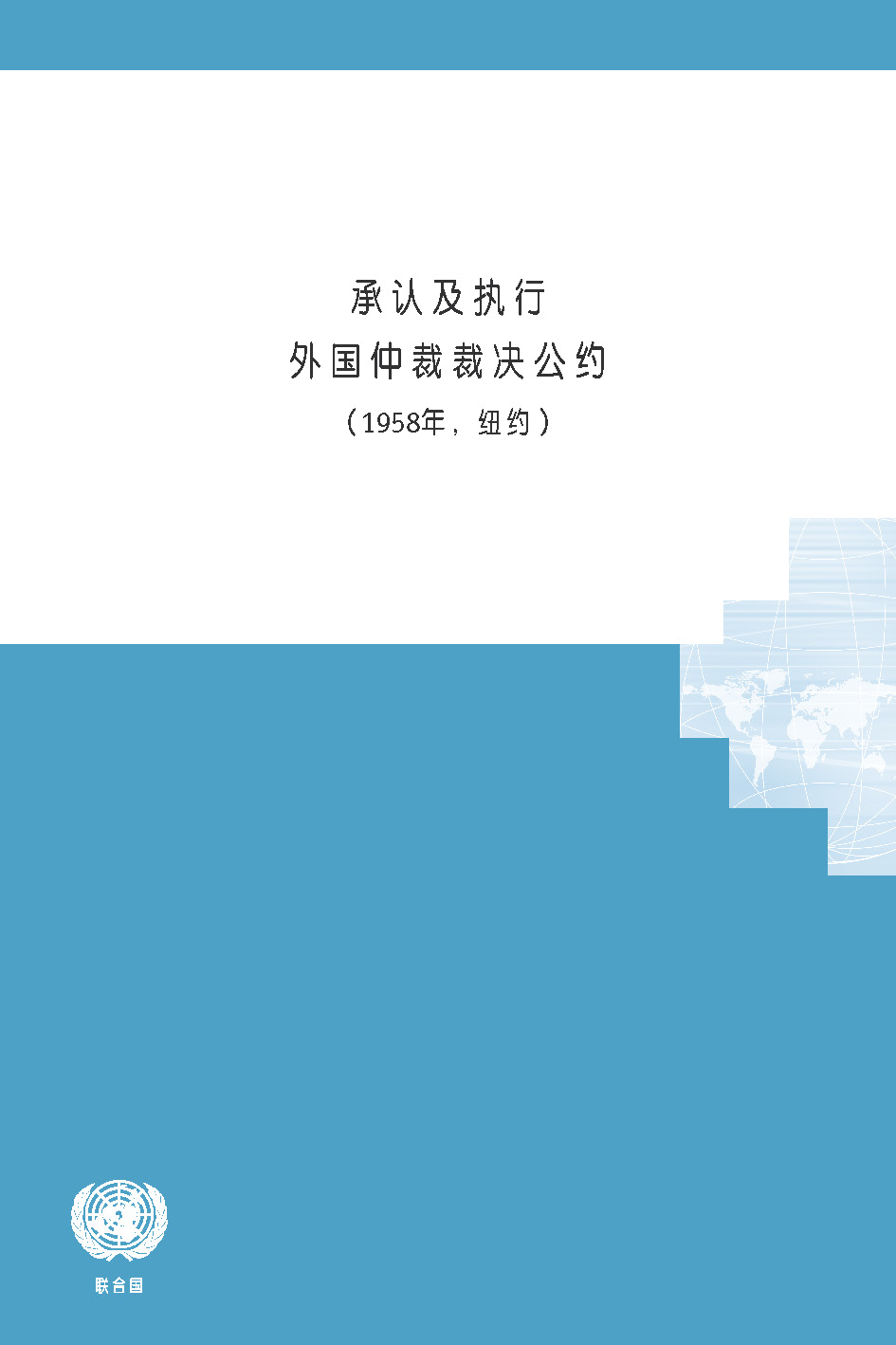 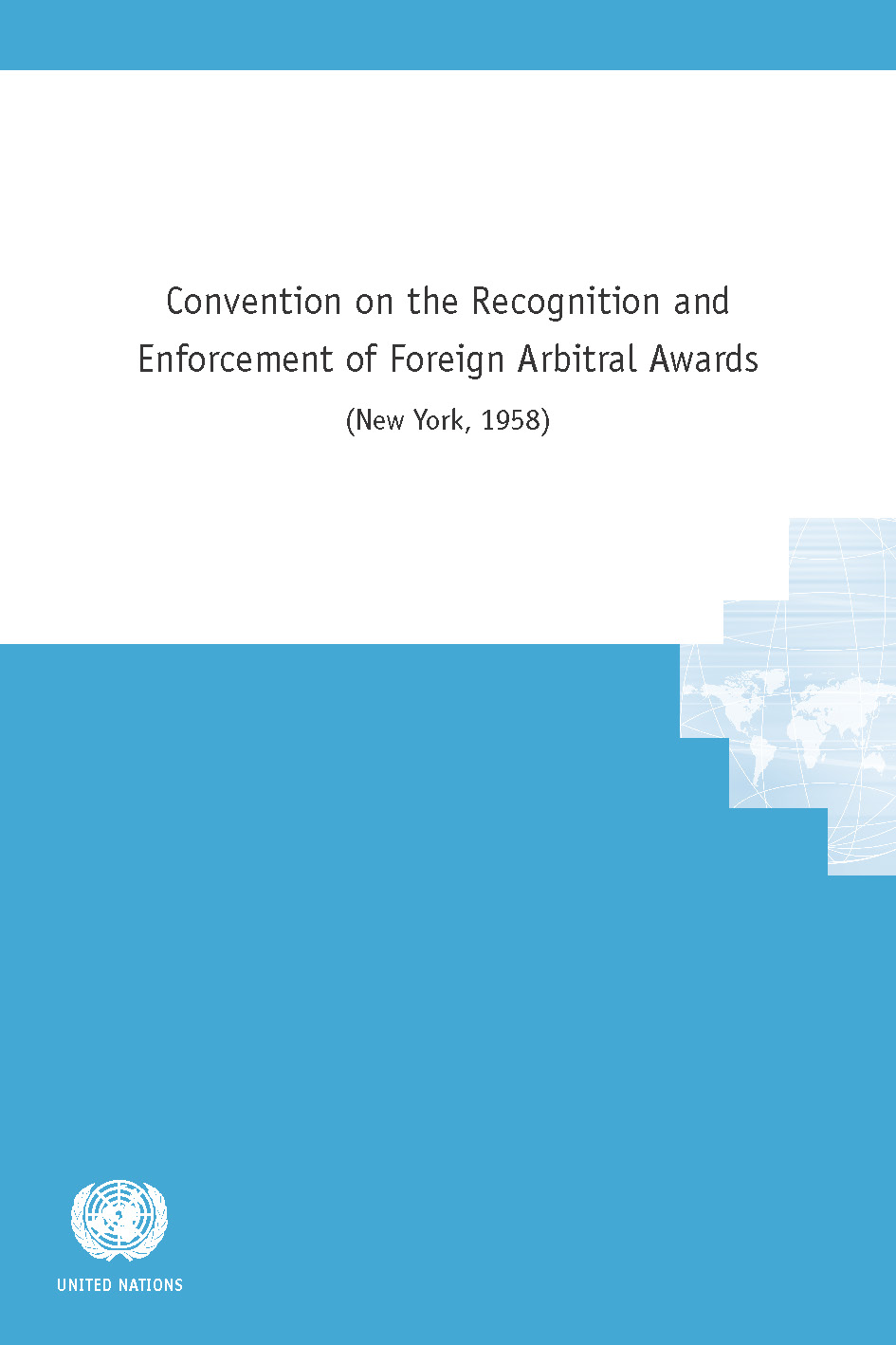 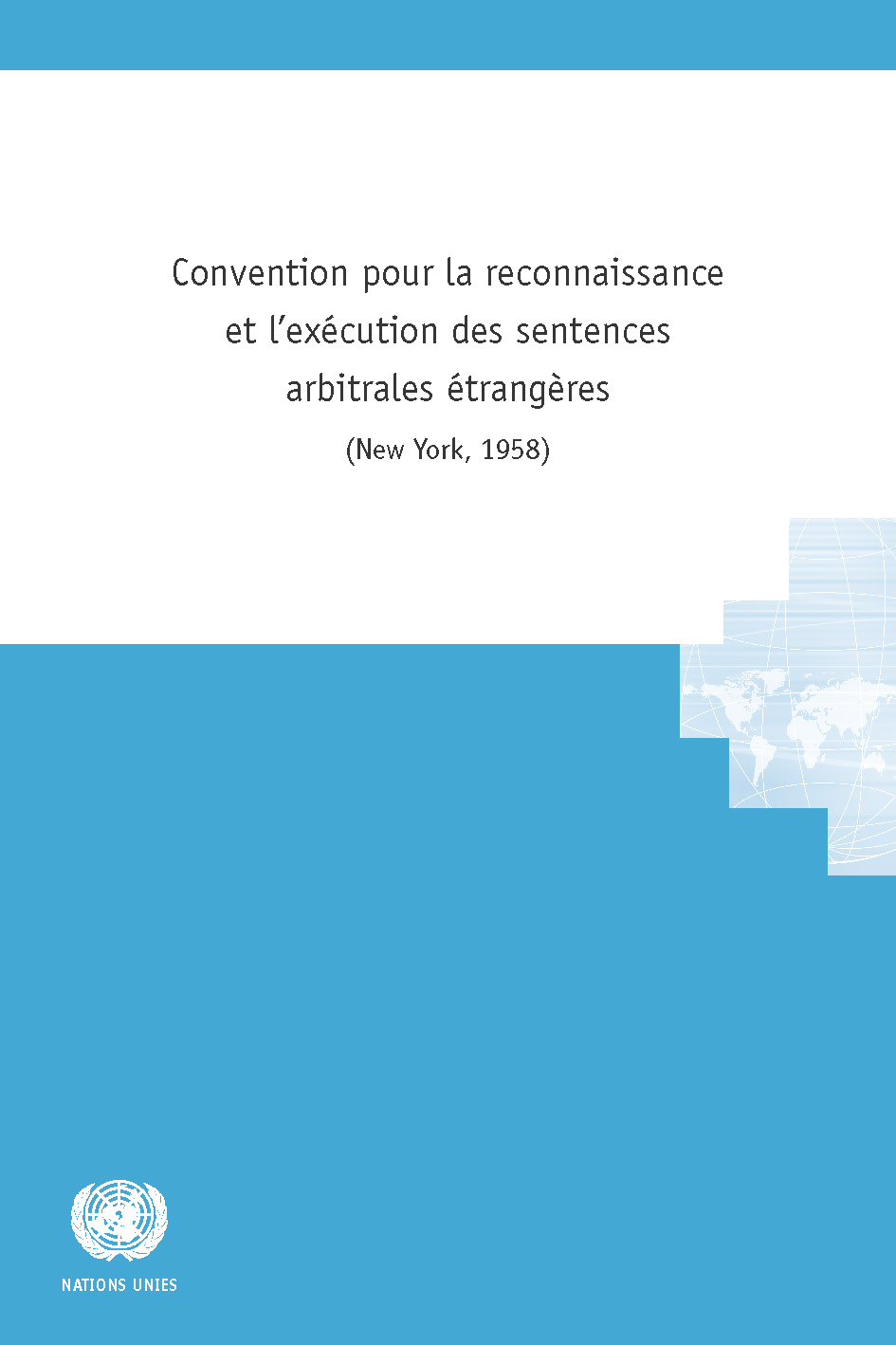 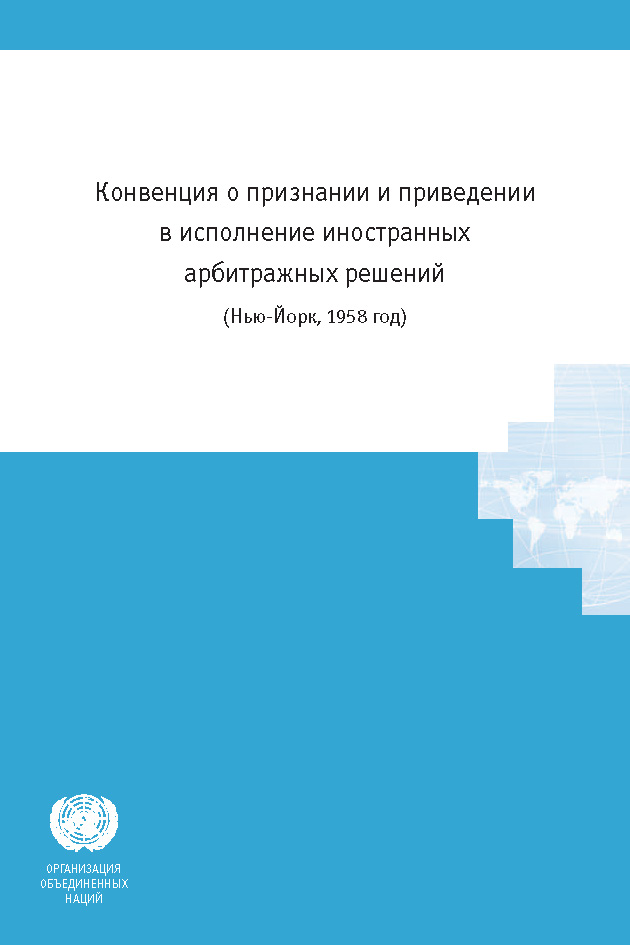 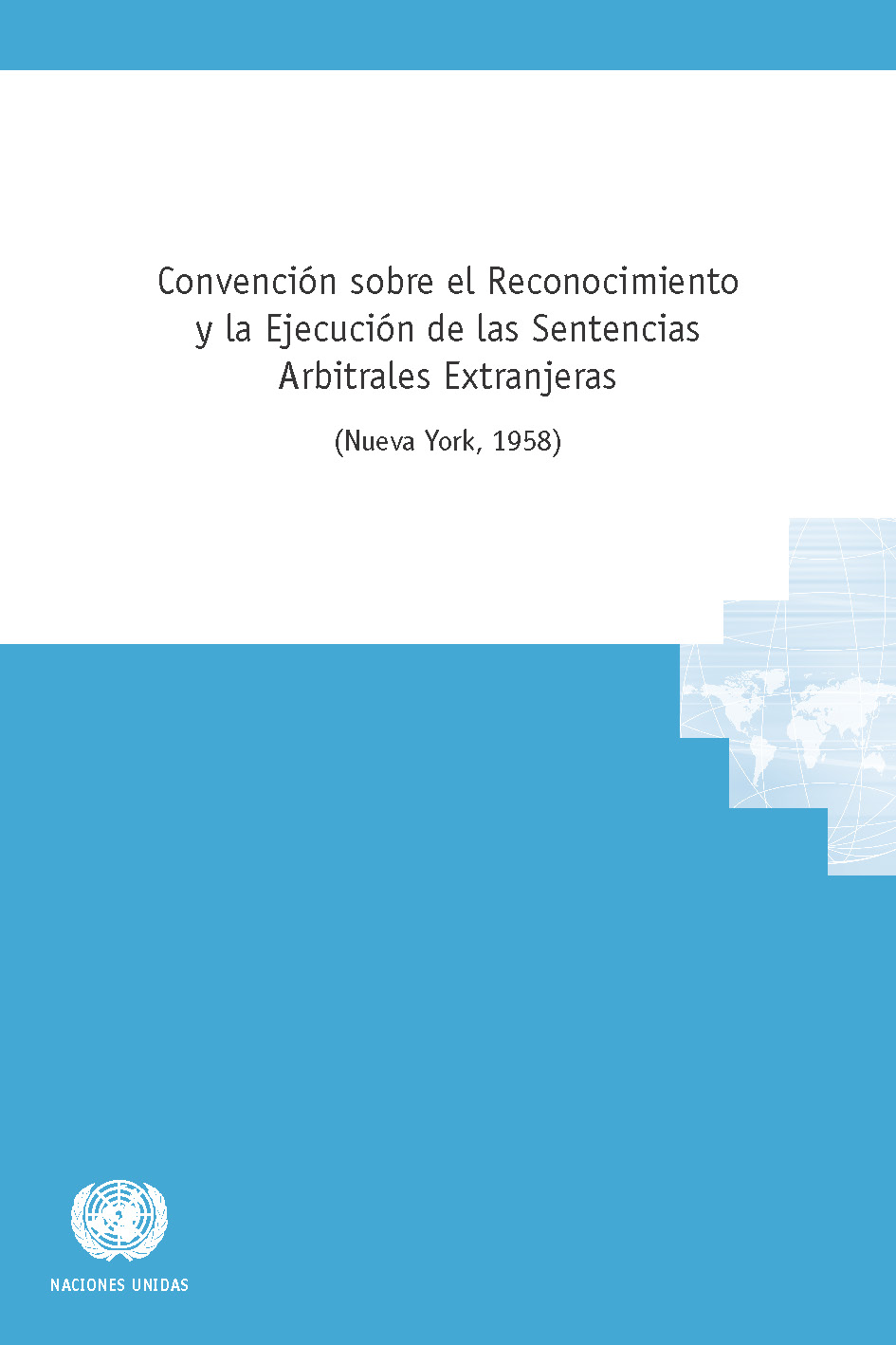